Tell Us How We Are Doing

The Snow's Effect on Your HVAC System

The Snow’s Effect on Your HVAC System

The first thing you should note is that not all snow and ice that is built up on an HVAC system is an emergency situation. In fact, in a heat pump, it’s a normal part of the operation especially on extremely frigid days. Heat pumps operate via a refrigerant that absorbs temperature from the Earth’s atmosphere. When the refrigerant absorbs heat excess moisture builds up on the processing coils and when the outside temperatures are at or near zero degrees that moisture freezes up almost instantly. You’ll notice the system run a little more sluggishly on those very brutal cold days but return to normal as the temps start to rise again.

To be honest, even the ‘normal’ ice buildup on heat pumps and HVAC systems is somewhat rare. This is due mainly to the fact that the units are manufactured to account for this moisture freezing with an automatic defrost setting. When an ice buildup is detected the unit switches to a heat-distribution mode that melts the ice off the coils, all while backup heat keeps the house warm. It generally only takes 30 minutes for the defroster to do its job, but it needs air flow to do so. When snow has built up around the outdoor unit and ice has formed on top of the HVAC components can’t breathe and that defrost cycle doesn’t work – thus raising electricity usage, but more importantly putting incredible wear on the entire system.

Could it Cause Legitimate Damage to the HVAC System?

The most impending damage from snow and ice on an HVAC system is inefficient operation, but there are underlying problems that result as well. The main issue that arises when snow and ice encase the unit is that it triggers an emergency shut-off as the system freezes up. This cuts off heat to the home, which could cause burst pipes that result in property damage as the internal temperatures drop.

As far as physical damage to the outside units, most of the components are designed to withstand the elements in year-round exposure. It’s still possible for snow and ice to build up on the aluminum fan and coil fins and bend them, which would cause loud sounds while operating and will eventually bust the fins. Also, when components have to work twice as hard with a limited air flow, they end up short circuiting and burning out faster than expected.

Protecting the HVAC system from Old Man Winter takes place at installation and continues during the life of the unit. Here are some guidelines that should be followed:

Heating and Cooling Basics There’s a lot to know when it comes to heating and c...

Signs of a Cracked Heat Exchanger

A damaged heat exchanger in a gas furnace is potentially dangerous to a home's occupants and should ...

Heating systems are usually trouble-free and easy to maintain. Efficient operation is a function of ...

Why is my furnace making a humming noise?...

Every year, when the weather turns cold, homeowners reach for household thermost...

The flue on your furnace is designed to vent carbon monoxide and other gases made during the com...

Maintaining proper humidity levels (air moisture) in your home is accomplished with a humidifier and...

Energy Saving Tips for the Summer

The kids are headed back to school, but we are still headed into one of the hottest months of the su...

One of the most important aspects of choosing an HVAC system for your home or business is its S...

Understanding How Your A/C Works

To most people, the science behind air conditioning is pure magic. The process cools your ...

Understanding the AFUE Rating of Your Heating System...

Most U.S. homes are heated with either furnaces or boilers. Furnaces heat air and distribute the h...

A quality, portable air purifier is one of the most effective ways to improve the health of ...

Tips for Lowering the Cooling Costs of Summer...

Tips for Lowering the Cooling Costs of Summer Summer means starting up your home’s air conditioning...

Regular maintenance is the tried-and-true way to maximize the life of your air conditioner. It’s a...

You bought a home! Congratulations! Whether this is your first time purchasing a home or fifth, it’s...

The Snow's Effect on Your HVAC System ...

The Snow’s Effect on Your HVAC System Normal Ice Build Up on Heat Pumps The first thing you ...

Why Seal and Insulate?

Save Energy and Money. Air that leaks through your home's envelope − the outer walls, windows, do...

There are several things that you can easily do using a Nest thermostat to help maximize energy savi...

Tips for Buying and Using Dehumidifiers

Summer’s higher temps raise humidity levels in your home, and all that moist air can wreak havoc o...

One of the biggest problems faced by people in the winter, aside from the frigid weather, is dry a...

Winter is here! HVAC Tips to Help You...

This article will help you find strategies to help you save energy during the cool fall and cold w...

Is Your Heating System Ready for Winter?

Common Sense Money Saving Tips for the Winter Bundle up! You can keep the house a few degrees c...

Why Invest in a Maintenance Plan?

Imagine going to work every day in an office without any proper ventilation. There is no air circu...

Summer is here and with it comes summer air conditioning bills and some potentially miserable outd...

5 Tips for Getting the Most Out of...

Basements tend to be cold rooms, which leads to water condensation. A basement dehumidifier can ke...

Spring Cleanup starts with your HVAC

To keep your house in top shape, give systems an annual checkup. Spring cleaning is a tradit...

Before each cooling season, it is recommended that central air conditioners get a professional tun...

Increase Your Comfort in Winter Months: Humidify your...

If it seems like your skin is dryer, you get zapped with static shocks more often, and you wake up...

Resolve to Save Energy this New Year!

At the beginning of every new year, millions of Americans make New Year’s resolutions, which inevi...

How a Humidifier Keeps You Healthy All Winter...

Don't let your guard down — cold season is still in full effect. The combination of Winter's dry a...

Heating and cooling your home uses more energy and costs more money than any other system in you...

Is Your Heat Not Working?

It may be your first reaction to call you HVAC specialist Self Heating & Cooling when you...

The Cold Weather is Here!

The cold weather is here! Self Heating & Cooling wants you to be ready by sharing a few ti...

Operating and Maintaining Your Heat Pump

Proper operation of your heat pump will save energy. Do not set back the heat pump's thermostat ...

Why Should I Have Maintenance Done on My...

You wouldn’t drive your car 100,000 miles without changing the oil. The same logic holds true for ...

Fight Fall Allergies and Save Energy by Checking...

The most common way to heat a house is with a furnace. And furnaces and air conditioners&nb...

If you have an older central air conditioner, you might choose to replace the outdoor compressor w...

HELP YOUR HVAC DO ITS JOB

​To get the most bang from your HVAC buck, use these general energy-saving tips. They'll he...

Inside the house, opening doors and windows will get rid of a lot of chemicals and odors and a hea...

Choosing and Programming a Programmable Thermostat

Most programmable thermostats are either digital, electromechanical, or some mixture of the two....

Save Money with this Cool Tip!

Set your thermostat at as high a temperature as comfortably possible in the summer, and ensure humid...

AC Repair in Smyrna, GA Can Keep you...

Are you already suffering from the heat in Smyrna, GA? I can tell you that when you call...

Get an A/C Repair and Furnace Repair from...

Do you live in Smyrna, GA? If so, do you have an air conditioning that needs a repair? If you ha...

Are you trying to convince yourself that you need to upgrade your bedroom fan with a rea...

Know Who to Call for Air Conditioning Repair...

If you live in Smyrna,GA and you have an air conditioning that is on the fritz, you need to know...

Learn the Signs of Needing an A/C Repair...

Are you ready to stay cool this summer? In Smyrna, Ga we know that it can get hot out. B... 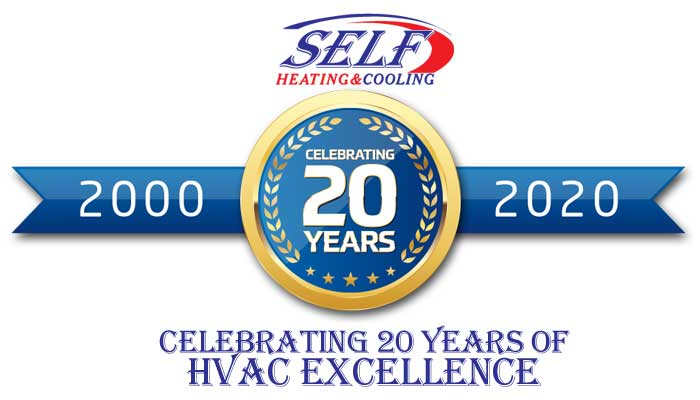 "We hope you all are staying safe and healthy during these uncertain times. We send our thoughts out to all who have been affected by the COVID virus. HVAC has been deemed an "essential" business, so we will still be operating during normal business hours."